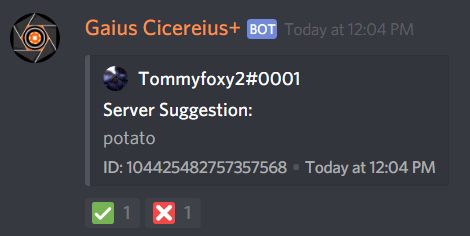 Some servers love to hear what users want to see added, removed, or changed on the server.

The suggest feature is great for handling these requests because it allows for them to appear in a specific channel and allows users to voice their vote on suggestions.

Sometimes, a server doesn't allow users to ping its mods, and this can be a frustrating matter to community members when there's a disruptive person.

The Reports feature allows users to send reports about user malicious or disruptive activity to the staff.

Export
Back to top